The Game Shakers Awards recognise individuals and companies for their forward-thinking approach to esports, in particular for their success in raising awareness of esports beyond the “e.” Tony Parker succeeds former Formula One star Jean Alesi as Ambassador.

Parker, a passionate advocate for education, this year opened the Tony Parker Adéquat Academy in Lyon, France, designed to provide educational and employment opportunities to young people. He will bring this passion to his role as The Game Shakers Awards Ambassador, delivering a dedicated focus on the importance of the development of education and esports at the ceremony in Cannes. 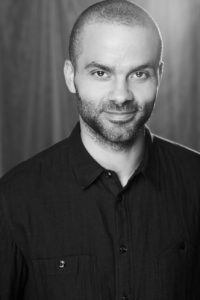 “The core values of Tony’s Academy are completely aligned with Esports BAR and the Game Shakers Awards’ values – recognising passion, innovation, excellence and entrepreneurship in the esports world. There is a real synergy between the skills required to become an esports champion and a professional sportsperson,” says Esports BAR Director Arnaud Verlhac. “Tony epitomises so many elements that go towards success in esports thanks to his remarkable basketball career and now, as an international business entrepreneur.”

Commenting on his new role as The Game Shakers Awards Ambassador, Tony Parker notes, “It’s an honour to be named Ambassador. In my professional life, my motivators have always been passion and determination. That’s what has driven the development of The Academy, enabling passionate young people to build their life’s dream with the promise of a job on graduation. I hope that we can relay the message of the importance of education in esports not only to guests attending the event, but to the wider global esports audience.”